Interpreting the results of the National Pupil Internet Use Survey

Schools across the UK were invited to take part in a national survey of internet use by pupils when at home. Over 19,000 pupils took part.

A free teaching resource that uses the results from the survey which were published for Safer Internet Day 2017 has been created for schools to use.

The resource presents a series of questions made up  into 26 slides that can be delivered in the classroom as it is or modified to suit a range of ages and abilities. It can be used to promote and stimulate online safety discussion.

Complete the form below to receive the classroom resource.

You can also download the results of the survey here. 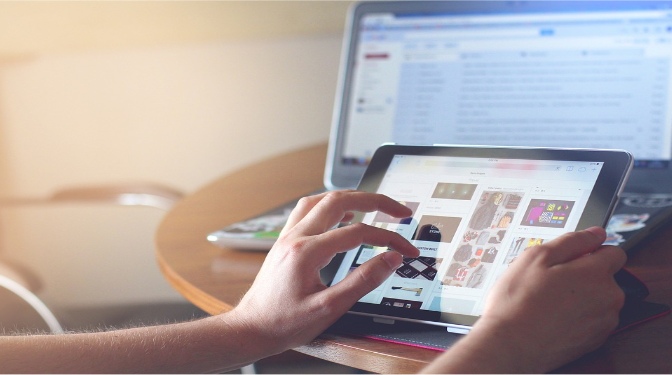 The the survey results can be downloaded below and a free teaching resource is available here.

Catshill Learning Partnerships, along with education technology association, Naace, have announced the results from a national survey of pupils’ internet use at home.

The survey, which involved over 60 schools and over 19,000 pupils from across the UK, asked questions about the devices young people are using to get online. As expected, the results show that children of all ages are using a wide range of devices, but the figures for very young children surprisingly revealed that over 60 per cent of four to five-year-olds are using tablets to get online. The tablet is the online device of choice for primary children, but for secondary school-aged children, the smartphone is the most popular choice.

Key figures from the study show that:

Edtech and online safety consultant, Brett Laniosh, from Catshill Learning Partnerships said, “We now know that children are using a wide range of technology to get online at home, but the findings for younger children will surprise many. The fact that so many four and five-year-olds are using smartphones and tablets to access what could be unfiltered content is of concern and one that is echoed by the Children’s Commissioners report “Growing up Digital” released earlier this month.

“We would encourage schools to find out what devices their pupils are using at home and then compare their results with the national average.” Brett added, “I would also encourage schools to heed the advice of the Children’s Commissioner and establish Digital Leaders in school to get young people involved with the delivery of online safety education. For parents, it is vital to speak with your children to find out what hardware they have access to and which ones are being used to access online content. The discussion should also cover whether they are being used appropriately, for example protecting personal privacy and spending an appropriate amount of time using them.”

Naace is the national association for everyone promoting learning with technology in a connected world.  Naace is the professional association for those concerned with advancing education by capitalising on the opportunities of the connected world and technology. This involves advancing pedagogy and ensuring that strong computing knowledge and skills are spread to all pupils and all teachers. The Naace community provides support and professional development opportunities for teachers and school leaders.  Our membership also includes advisers, consultants and industry partners.  Naace administers the ICT Mark and the Self-review Framework and has developed the Third Millennium Learning award to enable schools to share their insights on how to take education to the next level.

This website uses cookies to improve your experience while you navigate through the website. Out of these, the cookies that are categorized as necessary are stored on your browser as they are essential for the working of basic functionalities of the website. We also use third-party cookies that help us analyze and understand how you use this website. These cookies will be stored in your browser only with your consent. You also have the option to opt-out of these cookies. But opting out of some of these cookies may affect your browsing experience.
Necessary Always Enabled

Any cookies that may not be particularly necessary for the website to function and is used specifically to collect user personal data via analytics, ads, other embedded contents are termed as non-necessary cookies. It is mandatory to procure user consent prior to running these cookies on your website.